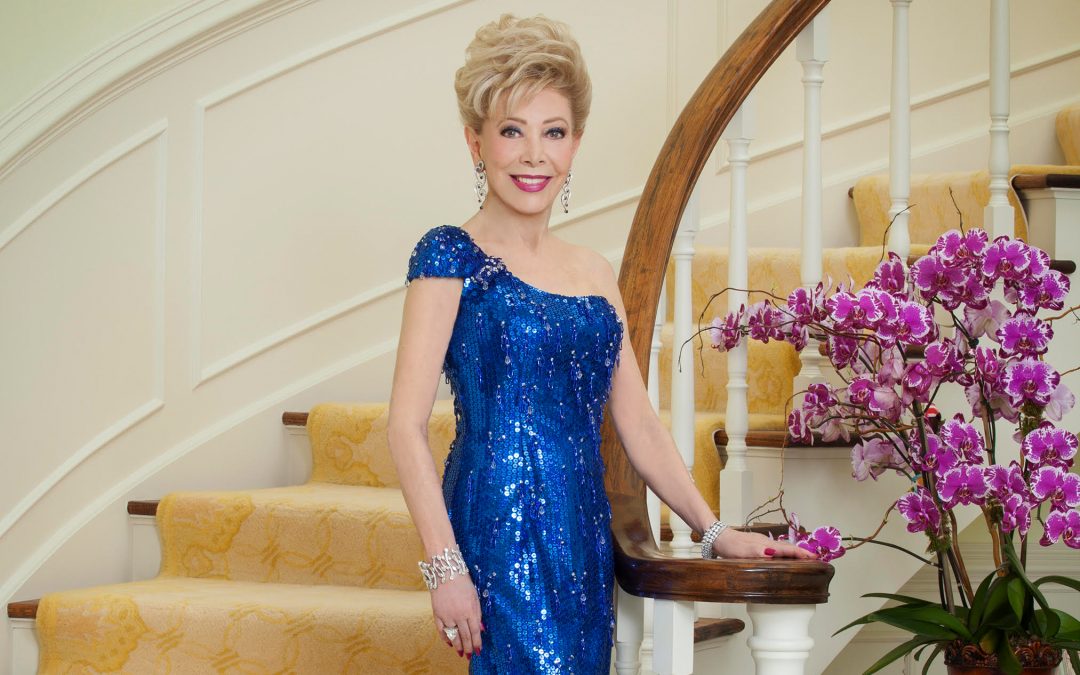 Innovative Alternatives is proud to honor Margaret Alkek Williams at the upcoming Legacy of Leadership 30th Anniversary Gala on February 22, 2019 at the University of Houston Hilton Ballroom.

Margaret Alkek Williams is a Houston treasure and one of the Bayou City’s most generous and committed philanthropists. Her tireless efforts have helped Houston become the vibrant world-class city it is today.

Margaret serves as chairman of the Albert and Margaret Alkek Foundation, the living legacy created by her parents.  There she continues to carry on the family’s charitable mission to advance educational and medical institutions, to preserve and promote the fine and performing arts and to support programs serving the people of the state of Texas.

Margaret currently serves on twenty-two boards and their various committees, and remains personally involved in their fundraising. She has been honored by and received awards from numerous organizations in Houston and has chaired or co-chaired many special events.

In 2017, Margaret was the recipient of the prestigious Maurice Hirsch Award for Philanthropy at the Association of Fundraising Professionals–Greater Houston Chapter’s National Philanthropy Day Awards Luncheon.  She was humbled to follow in the footsteps of past recipients, including her parents Albert B. Alkek and Margaret M. Alkek.

Preserving and promoting the performing arts has been a tradition of the Alkek family and Margaret’s influence across Houston’s cultural community is legendary. The grants she has directed to performing arts organizations have provided a major impetus for new productions, buildings, endowments and programs for the Alley Theatre, Houston Ballet, Houston Grand Opera, Houston Symphony, Theatre Under The Stars and The Center for Performing Arts Medicine at Houston Methodist Hospital.

Margaret was the first person in the U.S. to receive the Audrey Hepburn® Society Philanthropist of the Year Award in recognition of her support of the UNICEF and Baylor Pediatric AIDS Initiative partnership. UNICEF honored Margaret with the award at the 2013 UNICEF Audrey Hepburn® Society Ball for her extraordinary dedication to the health and well-being of children in Houston and around the world. UNICEF also established the Margaret Alkek Williams Humanitarian Award, a special award given to philanthropic leaders at the annual UNICEF Gala Houston.  Past recipients of the award include Former First Lady Barbara Bush, Rose and Harry Cullen, Robert and Janice McNair and Susan and Fayez Sarofim.

Through her steadfast support of UNICEF, Margaret has championed the fight against human trafficking, a cause that was highlighted at 2017 UNICEF Gala Houston.   Angie Harmon, UNICEF Ambassador and End Trafficking spokesperson, was the recipient of the Spirit of Compassion Award.  A portion of funds raised that evening went towards the fight against human trafficking in Houston.

Margaret is honored to be receiving the 2019 Visionary Leader’s Award from Innovative Alternatives and proud to join Texas’ First Lady Cecilia Abbott and Texas Attorney General Ken Paxton in the fight to end human trafficking in Texas.